1947 to 1951 trailers did not have turn signals as standard, but were offered as an option as more and more states started requiring them. The standard offering was the S&M Lamp Co. light shown to the right which mounted on a sheetmetal bracket. Another model was the “Nite-Owl”, which mounted flush to the skin. Many owners added left and right lights over the years as states started mandating them. 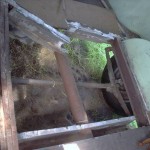 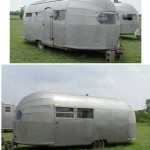 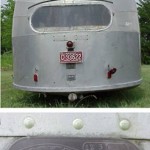 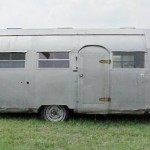