Serial # 8007 shown here retains the as delivered taillight configuration of the the single stop lamp in the middle. The bumper lights were added to meet the later DMV laws. The windows are the notched lever awning style. 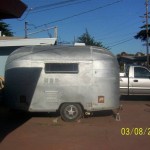 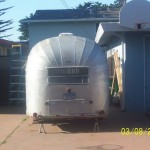 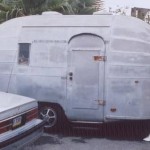