An all new A-frame chassis trailer, replaces the pipe-framed trailers that preceded it with the same name. First made in the new Ohio factory starting in November of 1953. While officially classified as 1954 model year trailers, these early Ohio serial number trailers were 17 feet, changing during the year to 18 feet – so I put the 17 footers in the 1953 year archive.

This polished example (O- 2014) has a custom remake of the standard interior layout. Notice the square end that makes this a 17 foot trailer vs. the later 18 footer.

The original taillights are always Bargman #2’s. No actual “Clipper” nameplates ever existed. 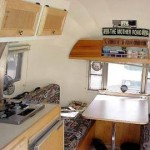 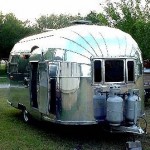 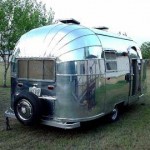