To demonstrate that Airstream never did cut over clean with features at each model year change, this Flying Cloud, s/n 7696, has the whale tail end cap and s/n of a 1954, but still has the older pre-1954 over/under notched lever windows, beehive marker lights of 1953, and yet has the 1954 year only Hex-shaped Bargman 6 taillights. 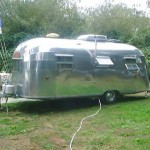 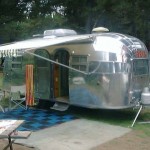 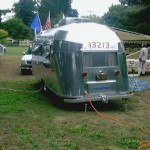 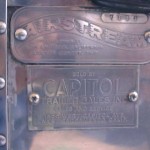 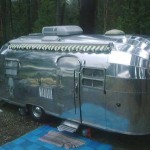