The World Traveler was made in 1958 to 1960, and was introduced as part of the “International Fleet”, and is recognizable from the outside by being the only 22 footer with tandem axles. Designed for overseas Caravans, only 4 were made in 1958 and 3 in 1959 (unknown # in 1960). The layout had a bathroom across the rear end with a curbside toilet, center sink and streetside shower. It also had a large full height clothes closet aft of the galley and a curbside bed aft of the refrigerator under the RH window, with a chest of drawers separating it and the toilet. Galley was streetside under the two windows, and in the front was a divan. It’s main claim to fame was it was loaded with all options in addition to the dual axle. Not many were sold, and the concept was dropped after 1960.

Below and to the left is serial # I229144, and the pictures show what the frame looks like on this era trailer under the floor, along with some detail closeups. 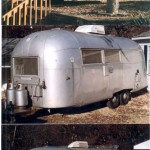 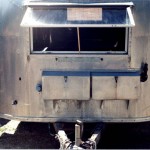 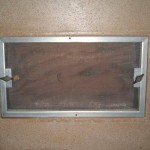 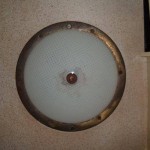 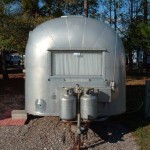 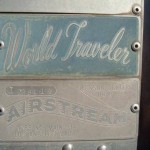 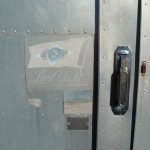 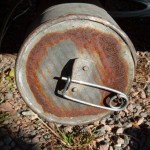 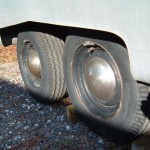 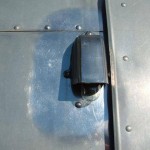 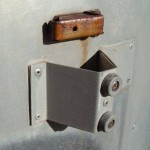 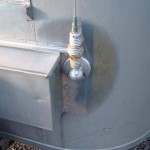 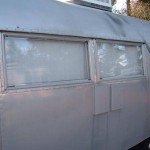 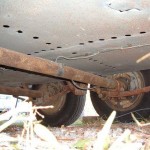 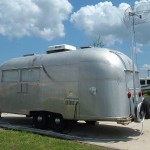 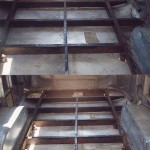 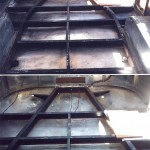 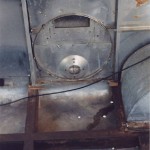 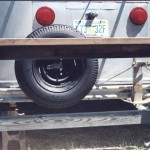 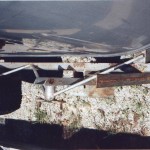 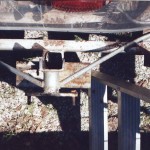