First year for the new painted Argosy by Airstream.

Argosy trailers were made by Airstream Company starting 1972 in Versailles, OH near Jackson Center, and are usually recognized as “Painted Airstreams”. Many features were first tried out on the Argosy models, and then incorporated into the more traditional Airstreams if they were a success. A good example is the large front wrap windows.
These painted trailers were able to utilize steel end caps and aluminum panels that were damaged or blemished 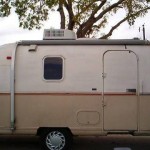 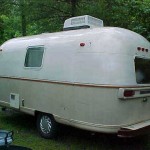 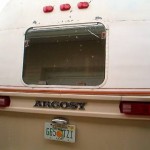 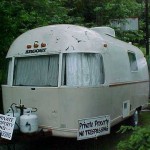 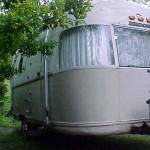 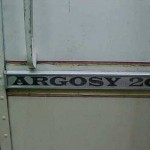 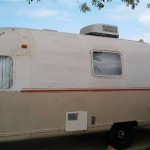 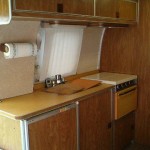