An eclectic collection of one-off’s and interesting trailers and mods. 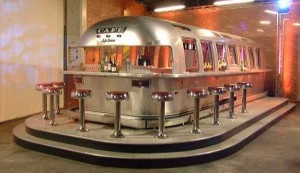 ’70’s Sovereign as a cocktail bar. 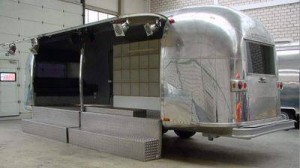 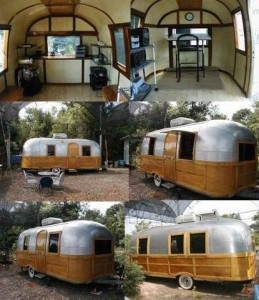 Skinned to match their Woody wagon, and the interior to resemble a Northwoods chalet . 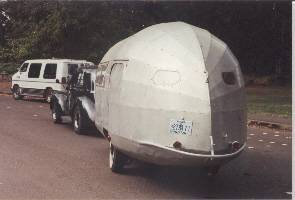 a 1935 Bowlus Road Chief, grandaddy of all Airstreams (Wally bought the company) 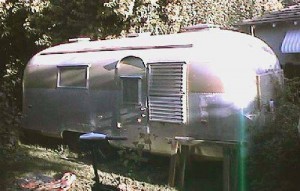 A 1962 Tradewind with an gold anodized band of original skin panels around it . Not sure of whose trailer it was, but the technique is similar to what makes Wally’s all gold trailer “gold”. 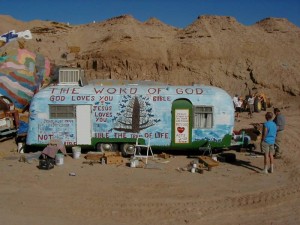 A blue Airstream from the Red State of Arizona…

Take a 1972 Tradewind, get tired of polishing it, and you have an Argosy prototype! This Airstream was painted during its renovation. 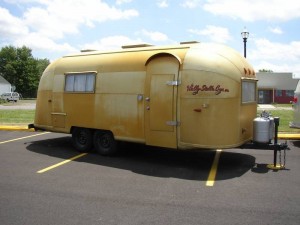 Wally and Stella’s 1959 World Traveler with its anodized aluminum surface. It was Wally’s last trailer before he died. It currently sits at the Airstream factory in Ohio.

A custom ordered 1960’s 42′ Airstream used by the Western Pacific Railroad as crew housing. Sometimes is was pulled to work sites, most often it was placed on a flatcar and parked on a siding. The WP ran between Salt Lake City and Oakland through the Feather River Canyon in the Sierras. It is currently stored in Portola Calif. 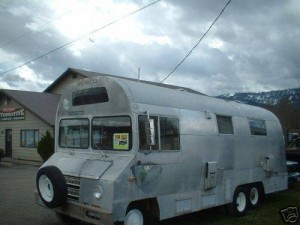 What happens when a Dodge truck chassis and a ’60’s Tradwind mate.