First year for the 21 foot Flying Cloud, replacing the 22 foot Liner that had been around since 1947. Still manufactured on the venerable pipe-frame chassis, it would convert to the more modern ladder frame later in the following year.

According to the 1950/51 Airstream Catalogs, the Flying Cloud was available with “choice of ends”, either 2 flat ends, 2 older style rounded Liner ends, or a combination of both. So far the flat front and rear Liner ends looks to be the popular combo early on in 1950. Most likely the soon to be standard flat ends were built on the new ladder frame chassis at the new 12804 Firestone, L.A. Calif plant that opened in late 1950. Airstream didn’t increase the catalog length of the trailer from 21′ once it got the ladder frame, maybe because the A-frame tongue didn’t have to be as long required on the bigger 25′ Cruiser. The Flying Cloud would go to 22′ in 1953 with the introduction of the sloped back end caps. 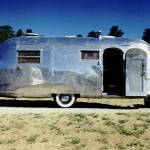 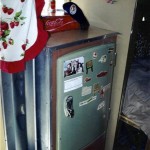 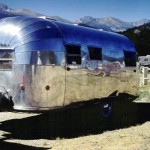 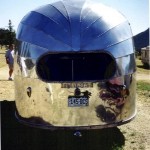 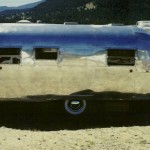