The square rear-end makes it a 21 footer, first made in California in 1951 and later in Ohio in late 1952 when the factory opened up. Standard taillights were the early Bargman Trail-Lite rectangular taillights used from 1952 to 1953, replacing the single center taillight of older trailers.

Layout on this one has a pullout double and a dinette that made into a bed – and is unique with its streetside Jalousie Window. 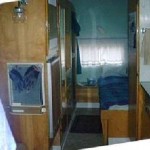 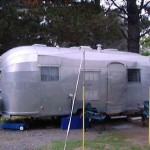 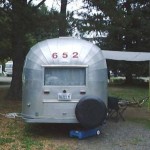 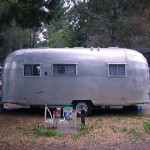